The Future of RFID Technology in the Healthcare Market 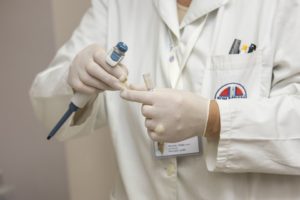 RFID technology is being used more and more in healthcare as a way to keep track of inventory and stock, and to also check when medications expire. However, RFID tags are now being used even more often in this market as a way to help counteract the counterfeit drug trade, and make medications safer for everyone.

The Largest RFID Market in Healthcare

North America currently has the largest RFID market in healthcare. This is largely due to government initiatives, major drug counterfeit events, and the need for increasing operational efficiency. As an example, one hospital is using RFID tags in order to keep track of medications on crash carts.

While North America and Europe are currently the leaders in healthcare RFID technology, though, it’s likely that the market will shift in the coming years. As countries become more invested in healthcare, it looks as if that RFID technology will be used much more widely.

One of the major issues that the healthcare industry has run into is the fact that counterfeit drugs are on the rise. There are drugs that are not produced by the brand that they’re being sold under, and drugs that are claimed to be the generic drugs of a well-known brand.

The main issue with counterfeit drugs is that they’re largely created in countries that have little regulation or in countries that suffer from legislative loopholes. However, by using RFID tags these counterfeit drugs can be stopped. Drug packages equipped with RFID tags can tell hospitals where the drugs were manufactured. In addition, tampering or trying to copy RFID tags is much harder than it is to copy a barcode.

RFID Technology in the Future

It’s likely that RFID technology will be used more and more in the future in healthcare. Not only is it a great way to help prevent the spread of counterfeit drugs, but it can also help speed up processing inventory in hospitals. Growing demographics and economies in China and India will also encourage countries around the world to use this technology.

If you’re interested in RFID technology for your own needs, then consider contacting Gateway RFID. You’ll be able to choose the type of RFID tags to suit your needs, and also get set up with a RFID system for your use.