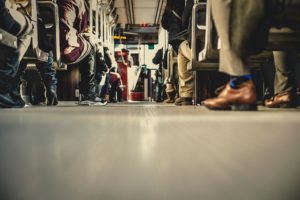 Imagine stepping on a bus and instead of fumbling with money, you simply scan a RFID card for public transit. That’s exactly what River Cities Public Transit (RCPT) has done for the past three months. Now, the transit system is permanently expanding the solution’s use for students, as well as for adult passengers, on all 80 of its buses.

In this case, passengers all have RFID cards that allow them to enter a bus and “tap” the card on a reader. The fare for the bus is automatically deducted from a prepaid balance, which can save time when a person is in line to get on the bus.

Before the RFID cards were tested, passengers used a punch card system to pay for their rides. The idea was to pay for a paper card that was preloaded with a specific number of rides. Passengers would board and drivers would punch a hole in the card each time. However, this system proved confusing for both adults and children, which is why RCPT eventually developed the new RFID system.

With the new RFID system, a passenger or parent of a student can purchase a smart card. This card has a unique ID number encoded in it that is linked to a specific rider in the agency’s management software. A person can pre-load a certain amount on the card, and then the card itself automatically deducts from the total amount whenever the card is used.

The system is also extremely useful for students. Each bus is equipped with a tablet running an app that shares data with the agency’s back-end software. This allows the driver to use the tablet to view the list of riders currently on his or her route. It can even show the next child that’s expected to be picked up at the next stop.

If you’re interested in RFID cards for your applications, then consider contacting Gateway RFID. You’ll be able to get the system and software that you need for a variety of needs. Give us a call today to learn what is best suited for your needs.