by Mark Spivey on October 4, 2016 in RFID Technology

Imagine that you’ve trained for months for a race that will last only for a few hours. Imagine the hundreds of people lining the street to watch you run, and imagine their reactions and you get close to the finish line. 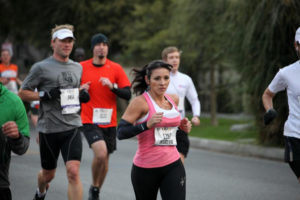 This race, though, is partly made possible through the use of RFID technology. RFID technology is moving forward by leaps and bounds—not only for high-tech applications, but also for ones used by people every day.

In the case of the New York Marathon, organizers teamed up with MapMyFitness in order to combine a RFID system provided by Chrono Track Systems with GPS data provided by phones held by both participants and spectators.

While previous years used a RFID tag that could be attached to a runners’ shoelaces, the organizers instead decided to opt for a tag that was embedded in the bib worn at the runner’s chest with their number on it. This allowed for a more-accurate account of the time that each runner passed the finish line.

How the Technology Worked

The RFID tag that each runner wore was tracked by certain read points stationed along the course. When a runner passed one of these points, the tag was read with its individual number, assigned to the runner, and then sent to MapMyFitness’ cloud-based server.

When this happened, anyone with the app could track the runner on the course in real time. This allowed friends and families to be able to see where on a course a runner happened to be. And while a smartphone allowed for real-time updating, there was still some tracking to be had even without phones. Any runners who didn’t carry a smartphone still had their progress updated each time they passed a read point with their RFID tag.

How RFID Enhances the Race

The technology itself was first implemented in 2009, but since then it’s gotten a few upgrades that can help enhance the race. Not only does the RFID technology allow runners to know their exact 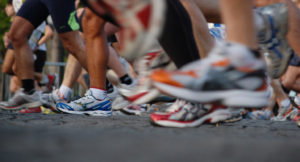 RFID Tech in the Future

What does this mean for marathons in the future? It looks as if RFID technology is helping keep better track of runners and their times. To learn more about RFID technology and its applications, check out our blog.